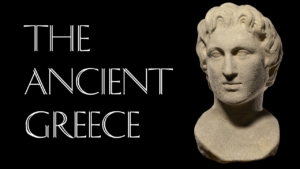 The face that launched a thousand ships may never have existed for all we know. There are no contemporary records of Helen of Troy, who is sometimes believed to have lived in Greece in the 13th century BC. Excavations at the site of the ancient Troy, now in modern Turkey, don’t help us determine whether any such incident as Trojan War ever happened there. The oldest reference to Helen is found, of course, in Homer’s two classic poems but then Homer’s own existence is uncertain and the poems attributed to this blind ancient poet were constructed at least five centuries after the days of Trojan War. And yet to the ancient Greek scholars, including the father of history Herodotus and his more scientific successor Theucydides, Helen and the war allegedly fought over her possession were unquestionable historical facts.

Helen has remained an inspiration for poets and artists, long after the famous muses of ancient Greece have stopped functioning. Right at the dawn of modern enlightenment she appeared as the heroine of Goethe in the second part of his masterpiece Faust. In our own century, the Irish poet W. B. Yeats compared her legendary status with Jesus Christ, two figures attributed divine lineage at the dawn of two subsequent millenia. Helen may belong more properly to the field of mythology than history, but strangely, it doesn’t make her less historic.

If we assume that she existed, and strip down mythology to retrieve the minimum believable information, then the story of Helen might go like this.

Helen used to live in Sparta, one of the several Greek kingdoms in the thirteenth century A.D. Herself a princess, she was married to Menelaus, the king of Sparta and probably had a daughter from him. Bewitched by the charms of Paris, a visiting prince from Troy, she soon developed sexual relations with him and finally eloped with him to his parent city. What moved her to do so, we don’t know but it was most probably a combination of physical attraction and the elegant mannerism that the foreigner prince must have effused with his every gesture.

Helen’s attraction to Troy is a remarkable diversion in her story. The ancient Eastern city was far more superior in its culture than the contemporary Greece, which had just begun to emerge from the shadows of savagery. Troy had existed in its place as an important centre of trade in the ancient world for nearly a thousand years. The Greeks, on the other hand, were a herd of nomadic people who had migrated from some unknown corner of Russia just a little while ago. They barely had a literature, and until a couple of generations ago they didn’t even know how to read and write. Their major source of revenue was a mix of loot from their newly learnt craft of sailing. If Helen was the paragon of grace and beauty that the later generations believed her to be, then she might have thought herself more suited to dwell at Troy than the robber kingdoms of Greece. Here husband, incidentally, didn’t see things in a similar light and as soon as he discovered the elopement he gathered all the rulers of Greece to enlist them on his war against Troy. Together they built a mighty armada and sailed across the Dardenelles to storm the enemy stronghold.

Troy fell after a siege of several years and Menelaus returned with his wife. He probably never made an issue of her elopement again, and they lived like husband and wife ever after. The king’s oblivion of his wife’s adultery appears strange in a patriarchal context, and the Greeks of the later day came up with several explanations. But we don’t have enough knowledge about the sexual ethics of those days, and for all we know, many societies in the world had just emerged from a matriarchal system of living.

This might have been the basic story of Helen that was handed down to the earliest Greek mythologists, who appeared a few generations later when Greece had developed into a prosperous land of strength and prosperity (resulting to no small extant from its plunder of Troy). Now the Greeks needed their own brand of literature and folklore and their mythologists created a world of legends more remarkable than produced by any other civilization. In the process Helen was transformed into a full-fledged heroine.

Those mythologists, whose names are lost to us, were also great thinkers. Through simple stories they related complicated values and truths about life. The material for these stories came from heroes such as Hercules, who must have lived a little earlier than Helen, and others whom Helen might have entertained in her own palace in her lifetime. Among them was the fearless sea captain Odysseus, later known as Ulysses to the Romans, who himself had been in love with her at one time.

The Greek mythologist explained the exceptional charisma of Helen by turning her into a daughter of Zeus, the king of all gods. Hence we got one of the most amazing versions of divine conception in the ancient literature: Zeus turned into a swan and impregnated Leda, the wife of king Tindareus. After nine months of pregnancy the awesome woman laid a huge egg from which emerged Helen and her brother. The divine conception of Helen also solved the ethical problem of Menelaus’ silence over his wife’s betrayal: since Helen was a daughter of Zeus, Menelaus derived his own authority from his marriage to her and therefore he couldn’t annul it!

The conduct of Menelaus thus justified, the conduct of Helen still remained a problem. But the mythologist always had a god in the machine to descend on the stage if the play got stuck. Thereby came the wonderful story about the Apple of Discord. It was said that the goddess Discord threw an apple in a gathering of all goddesses and on that apple was written: “to the most beautiful.”

Every goddess desiring to become the recipient of this certificate, the final shortlist contained three of the most strong-headed deities known to Greeks. On the instruction of Zeus they went to Paris, the handsome young man of the ancient world, and asked him to be their judge. Hera, the wife of Zeus, offered him a kingdom. Athena, the goddess of wisdom offered him stability. Aphrodite (Venus), the goddess of love and beauty promised him the sexual favours of the most beautiful woman on earth. Paris handed down the apple to Aphrodite. Hence it was no one lesser than the goddess of love who turned Helen’s heart towards Paris.

The story of Discord had other implications too, which were duly noticed by its ancient Greek audience. Power, wisdom and love do not unite in this imperfect world, sadly, and one has to choose between them, like Paris. The love of a beautiful woman eats up the other virtues and anyone who would make such a choice, would end up like Paris – bringing destruction upon him as well as on his city. The whole story had a misogynous moral: if the most beautiful woman of all times wasn’t worth the pain, who else could be?

While the earlier Greeks were satisfied with this justification, the later day moralists needed a further twist. Their historian Herodotus heard a story from the Egyptians who claimed that Helen and Paris made a visit to Egypt while on their way to Troy. When the ruling pharaoh discovered their licentious affair he arrested Helen so that she could be returned to her husband while Paris was asked to leave alone. Hence, Herodotus argued, Helen never set her foot on the soil of Troy, or else the Trojans would have given her up at some point in the ten year long war just to save their skins. Euripedes, the master playwright lived in the Athens in the fourth century BC, twisted this story to create a plot in which Helen never falls in love with Paris, or for that matter, with anyone else other than her husband. In his play Helen, the goddess Hera orders Hermes (Mercury) to create a look-alike of Helen out of thin air. It is this illusionary Helen who makes love to Paris and elopes with him, while Hermes carries the real Helen away to a temple in Egypt. Menealus captures Troy but doesn’t find his wife there, only to meet her in a dramatic climax on the sands of Egypt.

In this sad forgery of the original tale, the warm-blooded Helen turns into a listless character who is given such monologues as, “Would God I could rub my beauty out like a picture, and assume hereafter in its place a form less attractive!” Euripedes’ Helen was a woman cut down to the size of men living by the values of mediocrity.

The story of Helen had its frills too. Among other anecdotes, it was added that merely at the age of twelve she had become so famous for her beauty that Theseus, the great Athenian hero who had slain Minotaur of Crete, abducted her and kept her for two years while waiting for her puberty to marry her. Helen was returned, however, from Athens without as much disaster as would coincide her return from Troy later.

Another interesting anecdote was about the numerous suitors who gathered at the city of Helen’s father Helen was declared of a marriageable age. These included, among others, the famous Odysseus. Helen’s father asked them all to take a vow that if Helen was ever abducted to a foreign land they would stand united in their efforts to bring her back even if they had to go to the farthest end of the world. In the Helen story this oath aided her husband Menelaus to gather the Greek kings, although historically speaking the Greek invaders of Troy wouldn’t have needed it – Troy was a rich prey and they would have attacked it anyway.

However, the most exotic touch was the remarkable device of the Trojan Horse. There is no way of knowing if such an event ever happened in history, but the wooden horse that carried Greek soldiers in its belly and into the well-guarded city of Troy has become one of the most well-known images from ancient history. Homer gives Helen the treacherous role of leading a band of Trojan soldiers to check for hidden soldiers in the horse’s belly. But if we are to believe Herodotus, Helen probably wasn’t present on the site to witness this marvel of ancient carpentry!

One way or another, Helen has caught the fancy of some of the most imaginative people in the human history. In the age of Renaissance she became the ultimate prize of Doctor Faustus at the end of his long quest of unimaginable pleasures, a fitting reward for which one could sell one’s soul to the devil! In the second part of Goethe’s masterpiece Faust, Helen appears again as the central female figure.

The historic Helen, if she existed, must have appeared to her contemporaries as a formidable expression of female existence independent of social restrictions. Helen could have been a woman who refused to wear any of the shackles invented by her heroes: morality, patriotism, common good. The legendary Helen is a slightly different case from her historical or semi-historical counterpart.

In the stories written about Helen by men authors, whether new or old, she represents the essence of female sexuality as it is perceived by men, its joy and pains, its threats and promises. Each author has measured her character by the standard of his own existence. For the spirited earlier Greeks, for whom the fear of death was an exciting challenge Helen was a woman of unrestrained desires whose sexual arousal could unleash war at the largest scale. Subsequent generations modified her according to the secret desires, and fears, of their own hearts.