And when God said to the angels: ‘I am going to make a Viceroy on the earth,’ they said: ‘Are You creating one who spills blood and disturbs the peace of the earth, and we glorify You and sing Your praises?’ God answered, ‘I know what you do not know.’

He taught Adam the names of all things, and then set them before the angels, and said, ‘Tell me the names of these, if you are endued with wisdom.’ They said, ‘Praise be to You! We have no knowledge but what You have given us to know. You are the Knowing, the Wise.’ Then He said, ‘O Adam, inform them of their names.’ When he informed them of their names, God said, ‘Did I not say to you that I know the hidden things of the Heavens and of the Earth, and that I know what you bring to light, and what you hide?’

When We said to the angels, ‘Bow down before Adam,’ they all bowed, but not Iblis; he refused and swelled with pride, and became one of the unbelievers.

The character of human knowledge 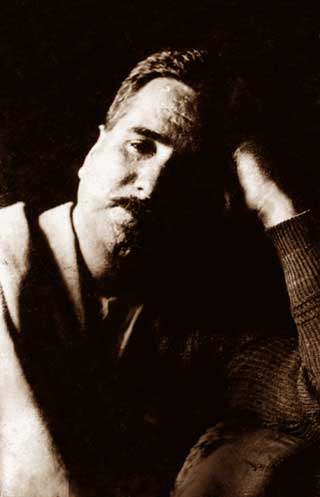 This anecdote is a unique contribution of the Quran to the story of Genesis, since it does not appear in the earlier versions.[2] Iqbal believed that these verses show human knowledge to be conceptual:

Human being as presented here is essentially good and peaceful. Mistakes can only happen due to external stimuli, and further reflection can show that ‘all the principal forms of vice can be reduced to fear’. From this, Iqbal makes four deductions about the Quranic view of human being:

For instance, the significance of will against the intellect is reflected in the fact that the greatest Muslim reformers emphasized on deed rather than idea. The fact that there is no Church in Islam and hereditary monarchy is forbidden is because the Islamic way of life does not require the entire life of an individual to be controlled by external authority. This idea, according to Iqbal, has always been inherent in the Muslim civilization no matter the extent to which it may have been suppressed or subverted at certain periods.[6]

Surprisingly, later writers on Islam have seldom discussed these views of Iqbal – even when they engaged with his thought. The task of discovering agreement and disagreement between them and Iqbal is left up to the reader and is therefore liable to mistakes. The following is a preliminary survey of some famous and influential writers, and it is being offered here without any claims: I would be very happy to make modifications if those who are more familiar with the work of the following authors correct me where I may have made a wrong inference. 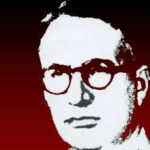 The ills, mainly, are errors committed by human consciousness in the search for its desired object. Salvation is ‘self-consciousness, that is, to obtain freedom and self-knowledge’.[8] 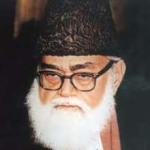 2. Abul Ala Maududi described the essential nature of human being as moral consciousness: ‘Above all, there is the moral aspect of man’s being, which is endowed with the consciousness of good and evil, the faculty to discriminate between the two, and the power to do good as well as evil.’[9]

He seemed to perceive the ethical nature of human being as inclined towards sin: Adam and Eve were kept in the Garden ‘for a test of their inclinations’.

‘The root cause of all evil and mischief in the world is the domination of man over man, be it direct or indirect,’ Maududi wrote.[10] Salvation is for those who ‘confess their sins (of course, before their Lord and not before a priest), feel ashamed of their disobedience, give up their attitude of rebellion and adopt the attitude of submission instead.’[11] 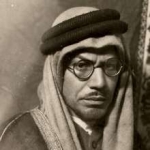 3. Muhammad Asad believed that the essential nature of human being consists in ‘rational consciousness—that is, his ability to form concepts and to bring them together in countless combinations by means of mental processes which can be directed and guided by his will.’[12]

His view about the ethical nature of human being was the same as Iqbal’s when he said, ‘man’s original nature is essentially good’. His conception of evil was different again: ‘an acquisition of man’s conscious life’.[13]

Therefore, salvation means the attainment of ‘a harmonious unity of being’. This is achieved by (a) submitting to the revealed Will of God; (b) developing one’s positive qualities, especially reason; and (c) helping others do the same. Out of these three, the development of reason appears to be the most crucial and a pre-requisite for the other two:

The whole of the Islamic doctrine tells us, as it were, ‘Think—and your reason will guide you to faith,’ instead of assuring us, as some other religions do, ‘Gain faith—and through your faith you will arrive at a comprehension of the truth.’[14] 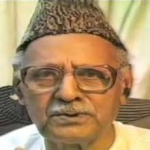 4. G. A. Parwez agrees with Iqbal that ‘free will is precisely the characteristic that distinguishes man from everything else in the universe.’[15] However, like Asad, he considers it subordinate to rational consciousness, which takes the central place here.[16]

On the ethical side, he holds that ‘human personality is a social product’. Since the existing society is far from good – as were most societies in the past – human personality by default turns out to be evil rather than good. This is also manifest in Parwez’s conception of the state of nature, which is more like Hobbes than Rousseau or Iqbal: left to themselves, human beings were ‘driven by their selfishness’.[17]

The source of all evil is exploitation – political, economic and spiritual. Salvation is therefore achieved through a society organized around a rational understanding of the principles provided by the Quran.[18] 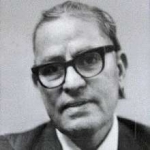 5. Dr. Fazlur Rahman, the Pakistani-American scholar believed that the essential nature of human being consists in mind.

The term nafs, frequently employed by the Quran and often translated as ‘soul,’ simply means ‘person’ or ‘self,’ and such phrases as al-nafs al-mutmainna and al-nafs al-lawwama (usually translated as ‘the satisfied soul’ and ‘the blaming soul’) are best understood as states, aspects, dispositions, or tendencies of the human personality. These may well be regarded as ‘mental’ (as distinguished from ‘physical’) in nature, provided the ‘mind’ is not construed as a separate substance.[19]

He believed that ‘man does carry within himself evil tendencies as well as good tendencies’ and ‘there is a struggle between these two trends in man’. To him, ‘the basic weakness of man from which all of his major ills spring is described by the Quran as “pettiness [da‘f]” and “narrowness of mind [qatr]”…’

Salvation, then, ‘is to work within the framework of these tensions’ – the good and evil inherent in human being – in order to acquire a ‘unique balance of integrative moral action’.[20] 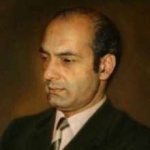 6. Dr. Ali Shariati, the Iranian revolutionary thinker the significance of will in defining the essential nature of human being:

The only superiority that man has over all other beings in the universe is his will. He is the only being that can act contrary to his nature, while no animal or plant is capable of doing so. It is impossible to find an animal which can fast for two days. And no plant has ever committed suicide due to grief or has done a great service. Man is the only one who rebels against his physical, spiritual, and material needs, and turns his back against goodness and virtue. Further, he is free to behave irrationally, to be bad or good, to be mud like or Divine. The point is that possession of ‘will’ is the greatest characteristic of man and it throws light upon the kinship between man and God. (‘Man and Islam’)

On the ethical side, he regarded human being as a dichotomy of body and spirit – low and high – ‘a dual being and combination of two opposites, two contradictory elements: Allah/Satan, spirit/mud, the Spirit of God/putrefied slime.’

It seems that he locates the source of evil in ‘the world that surrounds’ human being – although he does not consider the world of nature itself to be bad (unlike the pre-Islamic Persian thinkers). Therefore, salvation implies the keeping of balance between both aspects of human existence – matter and spirit – until an imminent ‘end of this world’ that will help ‘breaking loose’ from the existing constraints. 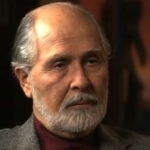 7. Seyyed Hossein Nasr, the Iranian-American scholar, gives the central place to intellect while differentiating it from reason. In his opinion, Islam presents human being ‘as essentially an intelligence that also has willpower and performs actions’.

Ethically, human being is ‘marked by the fall’, for whom ‘the heart is no longer easily accessible.’ By default, ‘powerful psychological forces’ cover the heart, which may only be found through ‘knowledge of mysteries’. Therefore, Islam is ‘emphasizing knowledge as a means of salvation and deliverance.’ [21]

Among the later writers listed here, only Ali Shariati seems to have agreed with Iqbal that the essential human nature consists in will – all others perceiving it in some kind of intellect or understanding. On the ethical side, only Asad agrees that human being is originally good. Parwez and Nasr believe it to be evil – for different reasons and in different ways. Dr. Rafiuddin, Dr. Fazlur Rahman and Dr. Shariati saw it as a mix of good and evil, and Maududi perceived it as elementally wicked.

It is interesting to note that even in the verses of the Quran, as quoted here, we can hear dissenting voices on the issue of human nature. Three points of view are discernible: (a) the angels; (b) God / human being; and (c) the Devil.

[2] It seems that Iqbal considers these verses to present a view different from the generally understood meanings of some portions of earlier scriptures, such as Psalms, 8:5, which says about humanity, ‘You have made them a little lower than the angels and crowned them with glory and honor.’ See Iqbal (1909) ‘Islam as a Moral and Political Ideal’. For a general comparison of the Quranic treatment of the story of Genesis with its other versions, see Hizfur Rahman Sewharvi (Urdu), Qasas-ul-Quran, Vol. I, pp.17-51

[3] Iqbal, Lecture I, the Reconstruction.

[4] See Iqbal: His Life and Our Times. This conception of ego is different from Nietzsche, for whom ego is a fiction; or Freud for whom it is a mental construct.

[7] Dr. Muhammad Rafiuddin, The Ideology of the Future.

[8] Dr. Muhammad Rafiuddin, The Ideology of the Future, p.26

[9] Maududi, Life After Death. This is emphasized throughout his writings, e.g., in Islam and Ignorance: ‘all men do form some sort of a negative or positive opinion about everything and the attitude of every man towards life is inevitably controlled by the opinion he has formed.’

[11] Maududi, The Meaning of the Quran, p.69 – commentary on the verses about the Fall

[19] It is interesting to note that Iqbal, Asad and Parwez considered the naming of things by Adam to mean that the character of human knowledge is conceptual but F. Rahman saw it as a demonstration of ‘creative knowledge’.