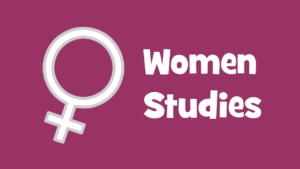 “Jane behaved like a man.” Consider this sentence carefully. What does it mean? I put this question in my workshops, and the answer I usually get is: “Jane behaved wisely, bravely, rashly, firmly, boldly, confidently or she became self-reliant or she dressed up in a man’s attire.”

Now, let’s consider another sentence, “Jack behaved like a woman.” This time, the usual interpretations are: ‘Jack did something foolishly, cowardly, timidly, nervously, hesitantly or he became slavish or he dressed up in a woman’s attire.’

When you hear of a chairwoman, your mind is likely to bring out all derogatory connotations (consciously or unconsciously) with a tendency to assume that the person in that position would be either less than wise or timid and nervous, and so on. It usually needs a strong qualifier to set the right impression – for instance, a wise chairwoman or a brave chairwoman, etc. This is true because human beings tend to generalize. And in case of gender-marked language, the generalization takes place according to this rule: woman is synonymous to many derogatory adjectives while man to many compliments.

Here is for instance an excerpt from page 175 of A Dictionary of Synonyms and Antonyms by Joseph Devlin (1982). The entry on ‘manly’ reads, “brave, courageous, undaunted, fearless, firm, staunch, dignified, stately, noble, valiant, valorous, high-spirited, plucky, lion-hearted, intrepid, gallant, resolute, bold, audacious, stout-hearted, confident, self-reliant.” There is no separate entry on ‘womanly’ but the list of antonyms for ‘manly’ includes the word ‘womanish’ along with other equivalents such as cowardly, faint-hearted, bashful, senile, servile, and so on.

You can be sure that other dictionaries won’t be too different on this issue. (Although a modern dictionary is likely to include a word of caution on political correctness of the usage).

This, and other incongruities of language were high-lighted in the 1960s by such second-wave feminists as Mary Daly and Dale Spender. Of course, the most common retort was the one you can very well imagine – “If you want to change the position of women in language you should change their position in the society first. Language only reflects the reality.”

Not quite so, and not always. Back in the 1940s, two North American linguists (Sapir and Whorf) had proposed the hypothesis that language frames the reality. Whorf, for instance, was of the opinion that speakers of European languages envisaged concepts of space and time differently from speakers of Hopi (an American-Indian language of Arizona). “Formulation of ideas is not an independent process,” Whorf wrote in 1940, “but is part of a particular grammar… We dissect nature along the lines laid down by our native languages.”

Consider this experiment: several people are shown examples of three colours within the range blue-green, and asked to pick the two which are closest together. English-speakers do it better than the speakers of Tarahumara, a Mexican language – because that language has just one word ‘Siyoname’ to cover both ‘blue’ and ‘green’. (More on this can be found in The Oxford Companion to the English Language, ed. Tom MacArthur).

The speakers of Tarahumara find it difficult to distinguish between blue and green in their rural life just because their language has got the same word for these two colours. What do you expect from the speakers of all those languages which have a common word for the female sex, the fool, the coward, the traitor? (Rasheed / Rasheeda example works the same way in urdu as well, and I believe it would be the same in most, if not all, other languages). We bring up our young ones (both boys and girls) while suggesting through our language that ‘woman’ is a derogatory word and ‘man’ is a compliment, with the result that cruel generalizations against women prevail.

Categories of sexism in language

‘Governor’ refers to the ruler of a province, while ‘governess’ means a sort of household servant; being a ‘master’ is one thing, being a ‘mistress’ another; ‘wizard’ is a compliment, ‘witch’ an insult. Also, you would perhaps agree that the chivalrous ‘ladies and gentleman’ and the informal ‘mom and dad’ are the only rare exceptions of binomial phrases where the female noun precedes the male.

In almost all other cases it is usual to give primary status to male, such as ‘he or she’, ‘man and wife’, ‘male or female’, ‘boys and girls’, and so on.

Two of the best feminist works on language remain The Handbook of Nonsexist Language by Casey Miller & Kate Swift (1980-8) and The Feminist Critique of Language: A Reader, ed. Deborah Cameron (1990).

Among the remedies suggested for lexical asymmetry are the following :

‘He-man language’ or generic male usage is another category of sexism in language. If you have a grammar book which says that such generics as ‘man’ and ‘he’ include ‘woman’ and ‘she’ then you should perhaps make corrections with a pencil. The ‘he-man’ language is on its way out, by and large.

The first problem with this language is that it gives primary emphasis to men. Why can’t ‘woman’ and ‘she’ include ‘man’ and ‘he’?

The second is that it leads to biased interpretations. For instance, consider the following sentence: ‘Wheel was the greatest invention of man in the stone age.’ While some readers will think that the writer has referred to human beings living in the stone age, others might understand that the wheel was exclusively an invention of the stone age males (while we don’t know for certain whether the inventor was a man or a woman.

Consider this example: You are a teacher, standing before a mixed class of students, and you say, ‘Anyone can ask me a question and I’ll answer him’, either your class will be left wondering whether the offer is exclusively for the male students, in which case you have been ambiguous or, which is more likely, your pupils will understand that even if a female student gets up with a question you’ll also answer ‘her’, but you’ve just chosen to say ‘him’ in the generic sense – again, this is an unconscious perpetuation of the attitude that men are important, women are not. Remedies: (a) Don’t use ‘man’ when you mean to say ‘human being’. Two very useful non-sexist substitutes for the word ‘man’ are ‘person’ and ‘one’. Hence, it is alright to say ‘every man living on this planet does not hate women,’ because in this case you are actually referring to the male human beings. But ‘every man living on this planet must do something to save it’ can be re-worded with ‘every human being…” or ‘every person…’ or simply ‘every one…’.

Another way of making this unqualified gender-marking is by adding the suffixes ‘-ess’, ‘-ette’, ‘-trix’, or ‘-ine’ to such words a poet, major, aviator and hero. ‘Such usages mark females in these roles as unusual’ (The Oxford Companion to the English Language).

Removing unqualified gender-marking is the most difficult area in the creation of a non-sexist language, and an area where most experimentation is still going on.